This is a review of the Snap-On-Tools branded 2000 psi pressure washer made by AllTrade Tools that I just bought in Costco. Although to be honest, it’s a somewhat abbreviated review because really, there’s just one thing you need to know about it if you’re considering buying one. The motor unit works fine, the interesting part is the nozzles. The black nozzle has a large hole in it, the green nozzle is narrow in one direction only, forming a line, and the red nozzle is narrow in both directions, just having a small hole. There’s also the turbo nozzle which has a hole that rotates automatically in use, making a pencil-thin jet that nevertheless covers an area of your target.

Here’s the black nozzle in use. There’s the potential to build up pressure but the large hole doesn’t let that happen, so you get a small spray worthy of a garden sprinkler. Fine. Here’s the green nozzle, wide one way, narrow the other. The green nozzle is not super-powerful, but you can adjust the effect a bit by varying the distance to the target. Notice it doesn’t actually remove these weeds in my brick. Here’s the kind of job this would be useful for: getting mould off a plank without destroying the plank. The red nozzle forces the greatest pressure because it’s tiny. The power does clear weeds in its path – the trouble is that the path is small. And your target must be strong; the plank does not survive the blast from this.

The solution to having a high-pressure jet and yet covering some area is the turbo nozzle. But here’s a problem. With this nozzle, the whole wand rotates uncontrollably in a kind of precession. Although it cleans what it points at, it’s horribly hard to get the wand to point where you want it. If I just hold it in the air you can see how it just wanders everywhere. I had to stop using the supplied turbo nozzle, and I went out and bought an after-market spare made by Generac. On the plus side, the Snap-On-Tools washer does use a compatible connector so that fixing this problem was possible. It doesn’t seem right that I have to buy a $40 item to make my new pressure washer work right, but it is what it is.

With the new turbo nozzle, cleaning is much improved; a high pressure jet forms a circle that you can sweep across your target, in this case clearing the weeds in its path. The wood, also, gets cleaned without being destroyed.

My conclusion then, after having used this washer for a few days, is that everything about it is good and the red and green nozzles are usable according to their purpose. However, if you want the most useful tool, the turbo nozzle, you’d better budget for getting a replacement one. 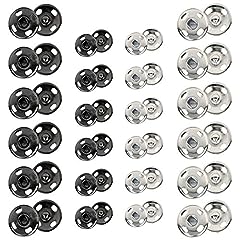 (502)
Snap button size: 2 diameters, 8 mm/ 0.31 inch and 10 mm/ 0.39 inch;2 Color buttons:black and silver Easy to use:Snap Fasteners sets are easy to use and effective fasteners for any sewing project,The 2 parts could be buckle together Durable and sturd... (as of October 25, 2020 - More infoProduct prices and availability are accurate as of the date/time indicated and are subject to change. Any price and availability information displayed on [relevant Amazon Site(s), as applicable] at the time of purchase will apply to the purchase of this product.) 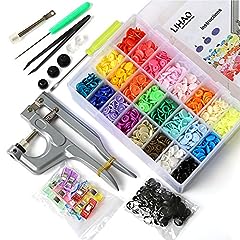 (2365)
Include everything you need to get started. Great kit for both starter and professional tailor Comes with 375 sets of Size 20 (T5) plastic snap buttons in 24 different colors Pliers can work with 16, 20 and 24 snap, which is also displayed as T3, T5,... (as of October 25, 2020 - More infoProduct prices and availability are accurate as of the date/time indicated and are subject to change. Any price and availability information displayed on [relevant Amazon Site(s), as applicable] at the time of purchase will apply to the purchase of this product.) 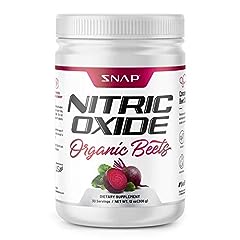 ORGANIC BEET ROOT POWDER: Serving of simply the highest super quality non-GMO, organic powdered beets. This beet juice powder is jam-packed with nitrates, and other life-giving micronutrients that help with all things pertaining to cardio health, suc... (as of October 25, 2020 - More infoProduct prices and availability are accurate as of the date/time indicated and are subject to change. Any price and availability information displayed on [relevant Amazon Site(s), as applicable] at the time of purchase will apply to the purchase of this product.) 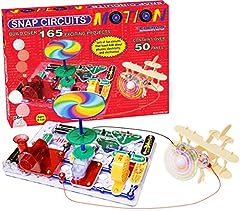 (282)
Projects include, an Optical Theremin, Echo effects, Voice changer - Record voice or music Connect the unit to your smart phone and analyze sounds with downloadable apps Color organ controlled by iPod or other MP3 player, voice or finger Includes ful... (as of October 25, 2020 - More infoProduct prices and availability are accurate as of the date/time indicated and are subject to change. Any price and availability information displayed on [relevant Amazon Site(s), as applicable] at the time of purchase will apply to the purchase of this product.)

One Star review here. Mine started to act up soon after purchase. Slow /delayed turn on / run when trigger engages. The GFI plug burnt up on my forth usage. I stored it in the basement for the winter and now it won’t run at all, just sits there humming until it blows the breaker. I’m not impressed after 260 bucks spent. Performance was satisfactory but I expected a little more from a 2000 psi washer. I bought it for the name expecting a butt kicker not a generic cheap unit. Thanks for your video.

I have the snap on 692024 electric power washer. Used it one summer and I followed all the instructions on storage. Got it out this year water leaks out of the wand trigger and has low pressure. Its suppose to run only when the trigger is pulled but runs constantly now. I think this product is very poorly designed. I would not recommend this product at all!

Bought one.  Died after 4-6 hrs of use on the 1st day trying to clean a deck.  Motor started running poorly.  On 2nd day of use, would run for 2-3 minutes, then would blow the fuse.  Had to reset the fuse in the breaker box, then on the Plug & then could use the unit again for another 2-3 minutes.  This is the second Snap-on product I have purchased this has happened to.

I purchased this pressure washer less than a year ago, used it once then I stored it for the winter in my house basement. I recently tried to use it again and it exhibits the same problems which so many people have reported: little to no significant pressure. What a poorly made unit! I feel bad that Snap-On put their name on this unit because it is so poorly designed, manufactured and is severely tarnishing the Snap-On name. Honestly since Snap-On’s name is on it and there is virtually zero customer support for this unit I feel it is justified to criticize Snap-On for allowing such a horrible product to be sold.

When I first purchased the unit it seemed fine except for some poor design flaws such as the screws holding the main wheels on repeatedly loosen to the point of binding on the side of the unit and finally falling off completely. The holder for the handle is not usable at all when wheeling the unit around and the wheel brakes will not stay in the upright, unlocked position when wheeling it around. Currently it has little to no pressure at a mere eight months old. To last only one use is completely unacceptable! I purchased mine at Menards and they told me to seek help from the manufacturer but the manufacturer declined to help me and referred me to Snap-On but Snap-On pushed me straight back to the manufacturer. What a disaster. I will definitely not purchase anything made by the manufacturer of this unit and probably will never buy any Snap-On tools as a result of this nightmare.

The ONLY upside to this situation is I received a $50 rebate when I purchased the unit so at least I was ripped off for $50 less than the original price.

you can do documentaries, sir .good job

the black nozzle is for use of the soap dispenser and the whole machine seems to be geared more towards washing vehicles.for yard work you would benefit from a higher pressure machine that comes with more concentrated nozzles

My spray gun failed after two uses, can’t find a replacement gun, Their customer support totally sucks. I would say stay away from this washer.

I bought one of these last year from Menards. Worked fine then. This year, started up and the spray handle just blew out water all over right from the trigger area. No spray out the tip. So the spray handle was busted.

I thought I’d get a better quality handle with the idea of maybe replacing the sprayer once the motor quits – save some money. So, got a nice CAT spray wand — but it has a 3/8 QD connector, which the hose doesn’t have. Fine. Back to get a 3/8 QD to M22 adapter (M22 is the standard size for pressure washer connectors). Back home to now find out that the M22 center hole isn’t wide enough for the hose on the Snap-On. Going BACK to the store — again — and looking at the Snap-On crap on the shelf I can confirm — Snap On uses their on custom size, so any aftermarket stuff WILL NOT FIT. Not hoses, not connectors, not anything. Last thing I wanted to do was get ANOTHER pressure washer, so I got all crazy with my Engineering skillz. Looking at the display models, I found that the center hole size was close to 3/8 in — maybe just a tick smaller. So, I bought a 3/8 HS metal drill bit to bore out the M22 center hole in my brass adapter. This allowed the connector to fit, but was loose enough to spray water out the connector when on. Used some cut down rubber washers for garden hoses and pipe tape to seal it up nice — so now I have a nice wand for a crappy sprayer unit (the spray tips work in the new wand FWIW – so they did follow THAT standard). Oh, and the screws don’t hold the wheels on well, and if you drag the unit around the grass, the locks always re-enable themselves. Really a poorly designed unit.

Oh, and the black wide hole sprayer tip is for soap application — the soap won’t draw out when using any high-pressure hose tips. It only will be drawn out when using low pressure. Found that out while trying to use some mold remover soap on my shingles.